Ghostwriting, guest authorship and plagiarism
In order to guarantee the scientific quality of the journal, the Central and Eastern European Journal of Management and Economics (CEEJME) has developed procedures with the aim of dealing with problems related to ghostwriting, guest authorship, and plagiarism. We consider scientific malpractice as a significant breach of scientific ethics, as it not only may concern a breach of intellectual property rights and a sign of bad science, but also reduce trust in science, which can have serious negative consequences not only for trust in the scientific community, but also for socio-economic development.

Ghostwriting – the contribution of co-author(s) to the article is not mentioned.

Guest authorship (honorary authorship) – a person is identified as co-author while not having contributed to the article.
The authors should mention the contribution of others to the development of ideas. This also concerns informal conversations, where someone else comes up with an original idea. This person should obtain credit for this from the author(s).

Plagiarism – this phenomenon is interpreted as a case when resources are not given and/or when thoughts of other authors are not properly paraphrased. The authors should make clear when thoughts are their own, but also give credit to the authors whose work created the base for developing their thoughts.
The resources should be given in such a way, that the reader can easily find the original source, while being able to verify data (when used).

Autoplagiarism – this phenomenon is interpreted as a case when the article contains more than 10% of text already published by the same author somewhere else. When using and paraphrasing own work, the resource also should be identified. In special cases, it is allowed to publish a translation of an article or a reprint of an article, under the condition that the original source is clearly mentioned in the first footnote. This is allowed when CEEJME considers it worthwhile to make the article available to wider public.
Improper or unsound scientific practice, based on decisions of reviewers, the editor or the editorial board, may lead to the following consequences: 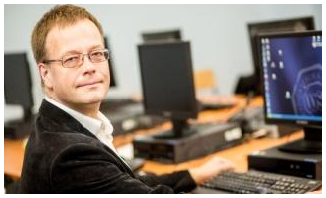